Marlon, who works on reception at Kingsland Hub, and also leads the Reading Group, started the workshop with a presentation of his research on Black History Month. He spoke about 400 years of history, key events, and some significant people, such as Martin Luther King Jr. 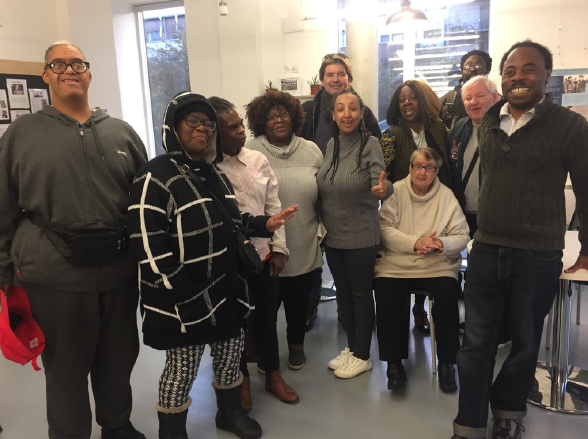 Diana Shakti Luck then led the group into discussions about: 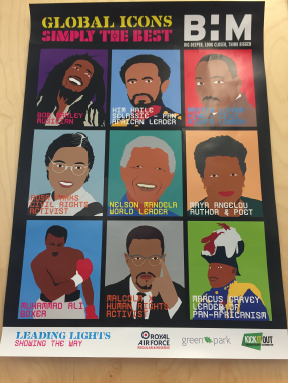 The next part of the workshop involved the group reviewing four posters featuring key people from world history, sporting icons, influential people, and writers and poets.

The posters were displayed in the foyer of Kingsland Hub. Marlon and Diana Shakti explained who the people were to the group.

The group also reviewed the display of key people, which Kamye had collated on the notice board. 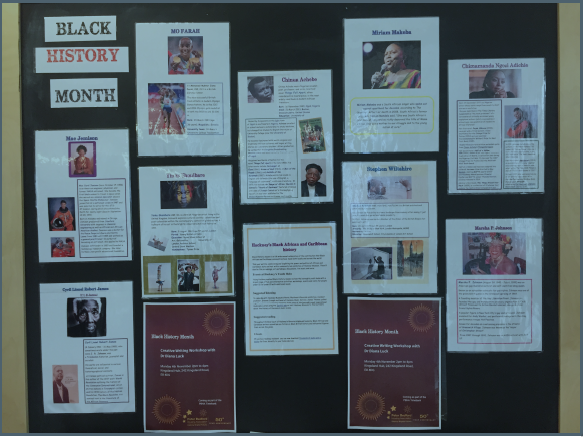 We each selected one of the 54 people featured in the various displays and shared why they inspired us. We heard about Dame Kelly Holmes from Marlon, Anthony Joshua and Lewis Hamilton from Gladstone, Muhammad Ali from Tim and Ian Wright from Paul.

Missale, whose family come from Ethiopia, chose Haile Selassie. She said she felt eager to find out more about him after the workshop.

As a concluding note, Diana Shakti, reminded us that every single one of these people also had their difficulties and hardships in life. She encouraged us to remember their motivation and courage when we are feeling low or overwhelmed in our own lives.